Why additional resources are not always helpful 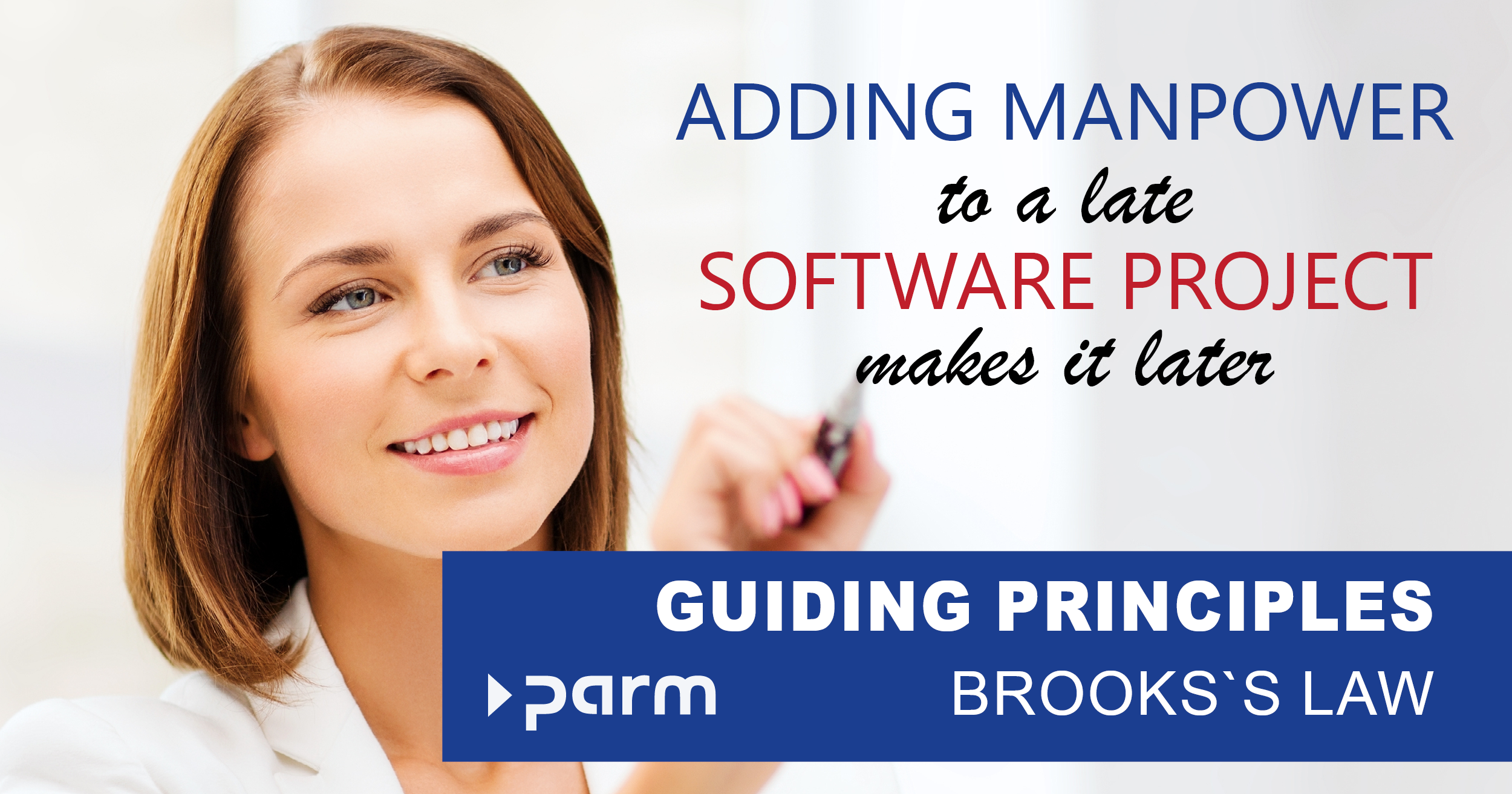 Actually, it would be quite simple: if more resources are added to a delayed project, logic says that the project can then also be completed more quickly. But the well-meaning intention often fails, especially in more advanced phases of a project. This is where Brooks’ Law applies.

What is Brooks’ Law?

Frederick (Fred) Philips Brooks is an American computer scientist who coined the phrase in his book ”The Mythical Man-Month: Essays on Software Engineering”:

„Adding manpower to a late software project makes it later. “

This phrase, which at first seems counter intuitive to any project manager and which Brooks learned from his experience as a software engineer at IBM, became known as Brooks` Law.

Why do projects keep getting delayed when resources are added?

According to Brooks, several reasons are responsible for the further delay of such a project:

1. Induction of new staff:
The main reason for the further delay is the training time of the new employees until they can contribute productively to the project. In order to optimally prepare the new employees for their tasks in the project, it makes sense for the current employees to take over the training, as they have the necessary expertise. However, while they are introducing their new colleagues to the project, neither the current nor the new employees can actively work on the project. So a lot of time passes before everyone is productive, which can hardly be made up afterwards. In addition, the new employees can make mistakes in the first period due to lack of knowledge, which have to be corrected afterwards and thus slow down the progress of the project.
In addition, the new colleagues first have to be integrated into the team, which means that the team-building phases that already took place at the beginning of the project have to be gone through again.

2. Increased coordination effort:
If more employees are added to the project, the coordination effort within the team also increases, as each individual has to coordinate with more colleagues. This reduces the productivity of the team members and can lead to further delays in the project. To illustrate the increased communication effort, Brooks explained this point in his book with a simple formula. If n employees are working on a project, there are (n²-n)/2 communication interfaces. This means that 2 people have one interface, 3 people have 3 interfaces, 4 people have 6 interfaces and with 10 people there are already 45 communication interfaces. So you can quickly see why the communication effort increases exponentially. Simply put, few employees can coordinate while walking to the coffee machine, while large teams need to organise scheduled meetings to share the important information. Since communication time is not productive working time, additional capacity is wasted in this way.

3. Tasks that cannot be divided:
At a certain point, tasks can no longer be further distributed to different employees, or only with a very large coordination effort, since the tasks have to be neatly divided and the results subsequently reassembled. Thus, if more people are available than tasks that can be allocated, the additional staff cannot help with the work, and this prevents rapid progress through further coordination tasks.

4. Other effects:
It should also be considered that additional employees can weaken the productivity of the team, for example because employees no longer feel as much responsibility for the tasks or they are generally less motivated.

Brooks’ Law originally applied only to software projects. However, since the above-mentioned reasons do not only apply to these projects, but are generally valid, Brooks’ Law can also be applied universally – and not only to employees, but also to other resources such as budget or time. For example, it can be said that additional budget does not necessarily mean that a project will be completed faster if the underlying problem is not solved by the additional money.
Furthermore, the law can be applied not only to delays in a project, but to all negative outcomes. For example, adding more people can exacerbate conflicts in the team or lead to poorer product quality.
In general, it can be said that adding more resources to a project is sometimes not helpful, but even counterproductive.

Brooks himself describes his concept as an extreme simplification, as it does not take into account a wide range of factors that also play a role, for example:

Carefully consider your objectives using the questions above. For example, it may be that additional staff will reduce the productivity of individual members of your project team, but still result in higher productivity overall. You may also find that adding many more resources does not make sense, but a few selected resources would help the project.
Furthermore, you should always consider other ways to achieve your goals. For example, if a budget overrun is imminent, you can take measures other than increasing the budget to still complete your project successfully. You can read about the different options in the blog post ”Project budget exceeded – and now?” The same applies if you notice that a delay is likely: In addition to additional resources, it may also be possible to extend the project duration or, for example, reduce the project scope.
Our tip:With such an analysis you can also check whether your current project is being carried out optimally or whether you are using your available resources efficiently and effectively.
If you know Brooks’ Law, it can also help you to communicate with stakeholders. In our experience, if a delay is imminent, the call for more resources will quickly be made. In such a case, you can use Brooks’ Law to explain why more resources are not useful and then work together to find a better solution. If more resources are nevertheless added to the project, you can more quickly identify the difficulties involved and try to counteract them. For example, you may be able to insist on new team members who already have a lot of experience in similar projects, or who have already worked with the other team members.

According to Brooks’ Law, adding more resources to an already late project can make the delay worse for a variety of reasons. If you are aware of this, you can carefully consider whether you can use new resources wisely to achieve your goals when the project is in trouble, and if so, how many resources you need and how they should be used. This insight helps you find an optimal solution for your project and communicate it to the stakeholders. 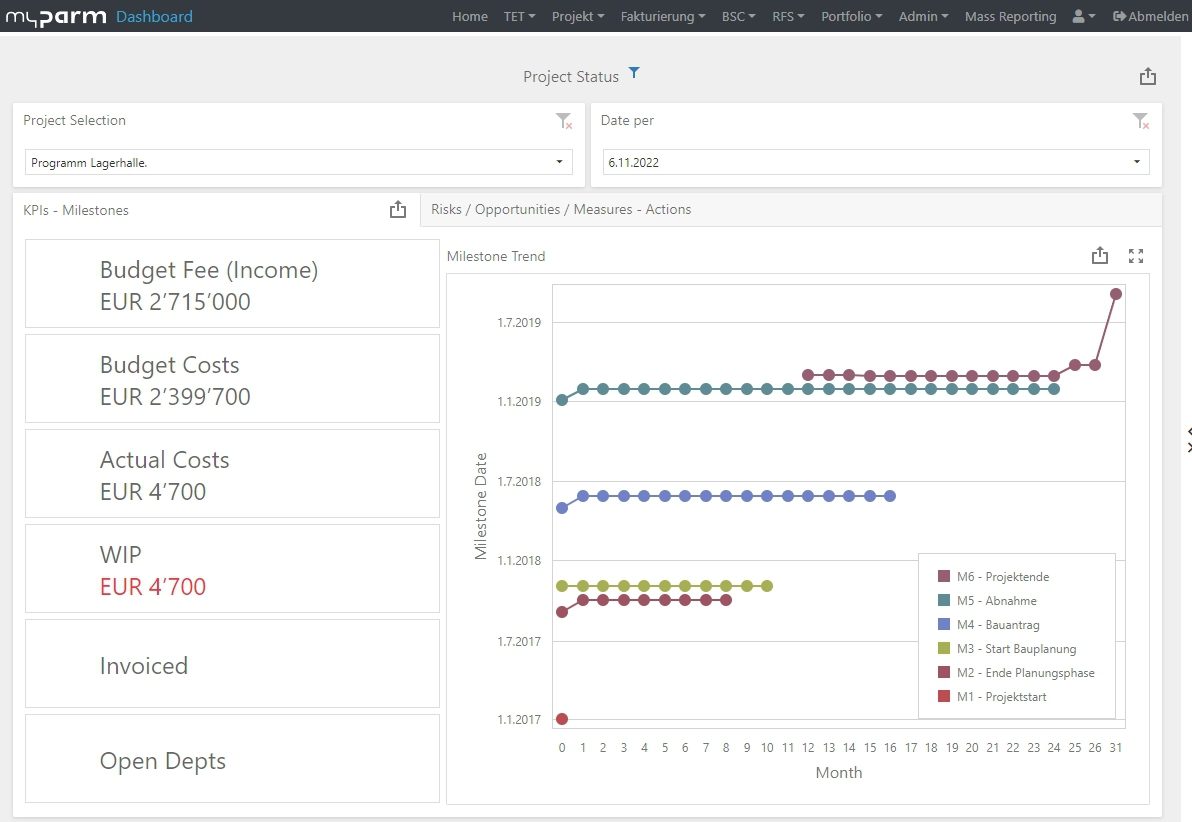 Project management software can not only help you to identify emerging difficulties within a project at an early stage, for example with a milestone trend analysis. Task planning also helps you to understand where further resources can be usefully deployed and whether your current resources are already working effectively and efficiently. In addition, it is useful to assess in detail the possible use of additional resources also within the framework of risk and opportunity management. 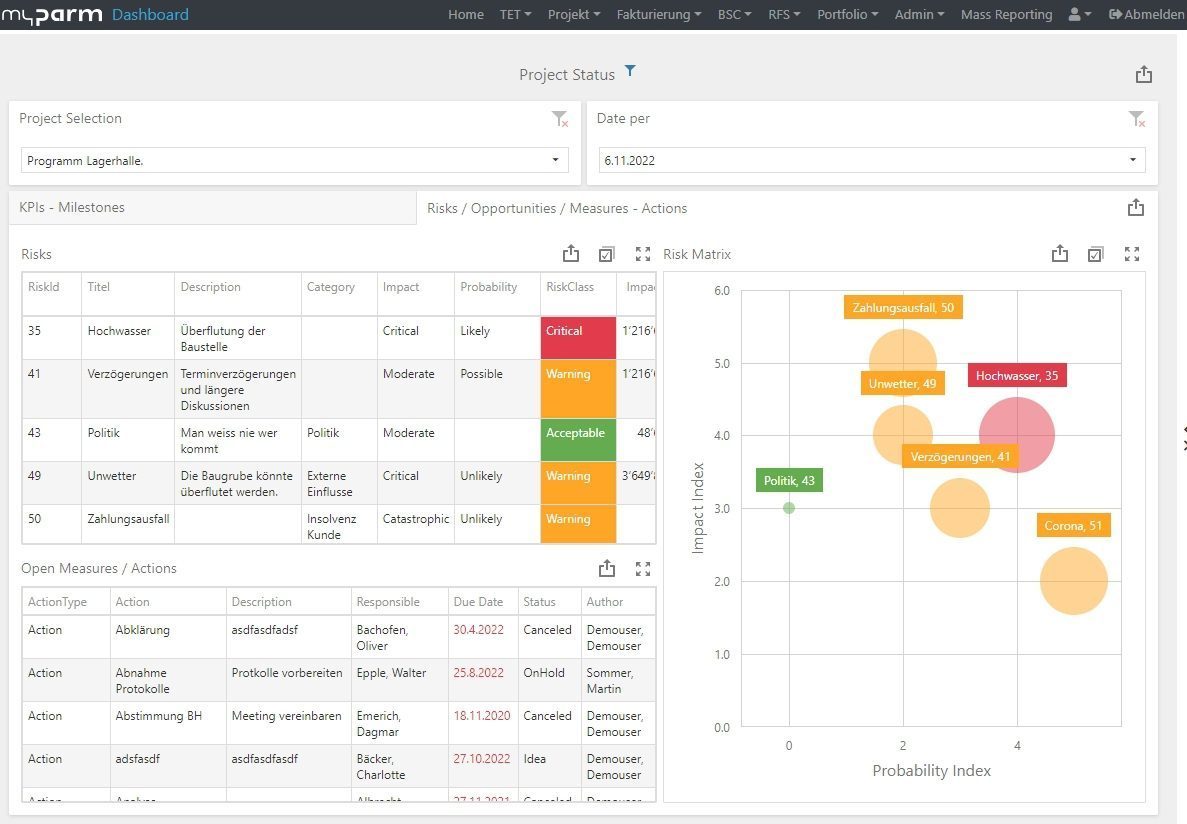 Would you like to get to know myPARM in a demo presentation? Then make an appointment with us right away!

Arrange appointment
Your registration could not be saved. Please try again.
Your subscription was successful. Please check your mailbox and confirm your registration.